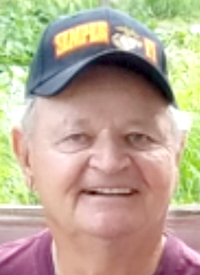 Gary Lee Smith, 82, passed away on Oct. 4, 2021. Gary’s claim of “Now I’ve done it all” has been fulfilled after a lifetime of abundant experiences.

Immediately after graduating high school, he enlisted in the Marines where he operated tanks. After he proudly served his country, his working career began as a surveyor for Lincoln County. After that he dedicated himself to being a rancher north of Mullen, then drove long haul trucks out of Grand Island, and finally retired after working as a carman for the Union Pacific railroad in North Platte.

His greatest passion from youth was racing motorcycles and he was still traveling to watch races this summer. Gary made many friends during his life and was known for his enjoyment of dancing, party pranks, working hard, his perfectionism, being a jack-of-all trades, and always stepping up to help others.

Gary was married three times, first to Patricia McNitt of Maxwell/Mullen, then to Gale Smith of Grand Island, and last to Carol Foust of North Platte. Gary was dedicated to the Smith Family; his greatest love was for his three daughters; his grandchildren were his pride and joy.

Graveside services will be held on Wednesday, Oct. 13 at 11 a.m. at Fort McPherson Cemetery near Maxwell with Rev. Dr. Douglas Delp officiating. A visitation will be held on Tuesday, Oct. 12 from 1-7 p.m. with the family receiving friends from 5-7 p.m. at Carpenter Memorial Chapel, which is entrusted with arrangements.

Memorials to the family will be donated to Great Plains Health Callahan Cancer Center and the Yah Tah Hay Veterans Club. Online condolences and sharing of memories may be directed to carpentermemorial.com.