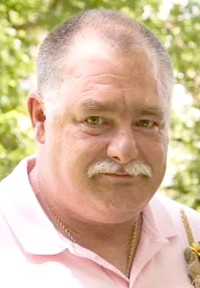 Scott was born in North Platte but raised in Cheyenne, Wyo. where he graduated from high school in 1983. After high school he lived in Denver for two years and then back to Nebraska. He briefly worked at the Air Force base before getting his CDL and started trucking for various farmers.

Scott married Tami White in 1987 and to this union two sons were born, Jacob and Ryan. He later had a daughter, Carlie.

Scott loved to shoot pool, the Huskers, and the Braves. He was a member of the Eagle’s. He was always joking with others even when they were not. He loved his family above all else.

He was preceded in death by his mother, Carletta “Sug” Trujillo; grandparents, Carl E. and Maxine Moore.

The service will be livestreamed via the Adams & Swanson Facebook page for those unable to attend.

Memorials are suggested to the family to be designated later.  Online condolences may be shared at adamsswanson.com.