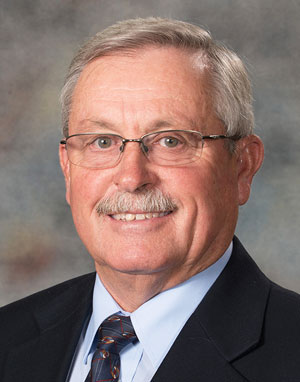 Erdman at the Legislature: Unicameral divided on abortion issue

The big news last week was the leaked draft opinion from the U.S. Supreme Court, suggesting the high court’s intention to overturn the landmark 1973 decision in Roe v. Wade which legalized abortion nationwide.

Although the leaked opinion piece does not represent the high court’s final decision in the case of Dobbs v. Jackson Women’s Health Organization, it does suggest that at least five of the justices will side with the State of Mississippi in that case.

Overturning Roe v. Wade would not make all abortions illegal.  The leaked draft opinion does not mean that all abortions will soon become illegal all across the nation.

This is important to note because some of the rhetoric coming out of the pro-choice movement erroneously suggests that it would.  For example, the National Women’s Law Center responded to the leaked draft opinion by saying, “Any justice who signs onto this opinion is fueling the harm and violence that will happen to people who become pregnant in this country,” as if the court’s decision would affect abortions nationwide.

If the leaked draft opinion accurately represents the decision of the U.S. Supreme Court, then these decisions would be returned to the individual states.  As the conclusion of the draft opinion says, “The Constitution does not prohibit the citizens of each state from regulating or prohibiting abortion.”

Pro-Life legislators here in Nebraska anticipated such a ruling coming down from the nation’s highest court this year.  For this reason, Sen. Joni Albrecht of Thurston introduced LB 933, a bill that would have prohibited the practice of abortion in the state of Nebraska, except in those rare cases where the life of the mother is endangered, and the abortion becomes necessary to preserve her life. This bill came with a trigger clause that would have made the bill effective immediately upon the release of the high court’s decision in June.

In order to deal with the abortion problem this year, a special session of the Legislature will be needed.

There is a strong likelihood that Gov. Ricketts will call for a special session of the Legislature to deal with the problem of abortion once the U.S. Supreme Court releases its final decision in the case of Dobb v. Jackson Women’s Health Organization. Gov. Ricketts has stated repeatedly that Nebraska is a pro-life state, and it is.  Therefore, calling for a special session of the Legislature to prohibit the practice of abortion in our state would be a good way for him to end his career as Nebraska’s 40th governor.

But, will Nebraska ever end the practice of abortion? Even if the governor calls for a special session of the Legislature to deal with the problem of abortion, the State Legislature would still need to flip two more votes in order to override a legislative filibuster.

LB 933 was the test case that shows that the Legislature needs at least 33 votes to end the practice of abortion.

Passions run deep on the subject of abortion. Prohibiting the practice of abortion is a hill that many state senators are willing to die on and that same level of commitment can be found on both sides of the aisle.

For example, on the same day that Sen. Joni Albrecht introduced LB 933 in the State Legislature (Jan. 10), Sen. Meghan Hunt of Omaha made a motion to indefinitely postpone the bill, a motion that was designed to kill the bill. Normally, these kinds of motions are made after a bill advances out of committee, but Sen. Hunt did not waste any time in trying to kill the bill.

For this reason, it will be necessary for pro-life senators to generate enough votes to override a legislative filibuster.

As for me, I will always vote to protect the lives of the unborn. Unborn babies represent the most vulnerable victims of societal abuse, and their lives are precious. Unborn babies should never be viewed as an intrusion or as an inconvenience; instead, human life is a gift from God which should never be subjected to the pleasure, the convenience, or the choice of a parent.