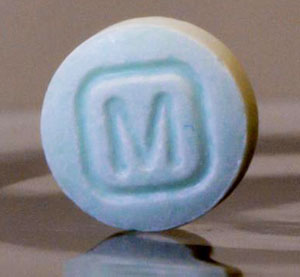 In 2022, the U.S. Drug Enforcement Administration seized nearly 4.7 million lethal doses of fentanyl in the five states of the Omaha division.

Nationally, DEA investigators said they seized more than 379 million potentially deadly doses of fentanyl during the year. That would be enough to kill everyone in the United States, DEA spokeswoman Emily Murray said.

“In some states, our totals tripled the amount reported in 2021,” DEA Omaha Division Special Agent in Charge Justin C. King said. “The lethality and seriousness of this drug can’t be talked about enough. Now is the time for families to sit down and have conversations about the consequences that can come from taking this incredibly potent substance.”

Two milligrams of fentanyl, an amount small enough to fit on the tip of a pencil, is considered potentially deadly. Fentanyl is the primary drug threat in Minnesota and ties with methamphetamine as the No. 1 drug threat in Iowa, Nebraska, North Dakota and South Dakota, Murray said.

Most of the fentanyl trafficked by the Sinaloa and Jalisco New Generation Cartel is mass-produced at secret factories in Mexico with chemicals that largely come from China, Murray said.

In 2021, the DEA issued a Public Safety Alert on fentanyl in the form of fentanyl-laced, fake prescription pills. The pills look identical to real prescription medications such as OxyContin®, Percocet®, and Xanax® but only contain filler and fentanyl. They are often deadly.

Fake pills are readily found on social media, Murray said, but no pharmaceutical pill bought on social media is safe. The only safe medications are those prescribed directly to you by a trusted medical professional and dispensed by a licensed pharmacist.

There is a sharp increase nationwide in the lethality of fentanyl-laced fake prescription pills, the DEA said. Laboratory testing in 2022 showed 6 out of 10 of the pills that were seized contained a potentially lethal dose of fentanyl, compared to 4 out of 10 the year before.

The DEA has created a Faces of Fentanyl memorial to commemorate the lives lost from fentanyl poisoning.

To submit a photo of a loved one lost to fentanyl, send their name, age, and photograph to fentanylawareness@dea.gov, or post a photo and their name to social media using the hashtag #JustKNOW.