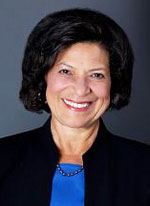 “They” say there is no such thing as coincidence. They must not have known about COVID-19, the political viral disease.

Is it a coincidence that the year of the COVID-19 is also the year that scientific integrity died?

Discourse is the lifeblood of science. I thought we had gotten past jailing or guillotining or dismissing as crackpots people whose scientific theories with which we disagreed. Many scientific mavericks were vilified: William Harvey describing the circulatory system, Ignaz Semmelweis’ advocating for simple hand-washing, Barry Marshall determining that H. pylori, not spicy foods caused peptic ulcers, to name a few.

We have a modern-day version of public humiliation and worse. Data that does not fit the “official story” is removed from popular social media sites, not reported on mainstream television channels, and hidden from easily accessed public websites.

Was it a coincidence that an all-out campaign to debunk the effectiveness of hydroxychloroquine as an early treatment for Covid-19 occurred after President Donald Trump had good words to say about it in an election year? The denigration was relentless, despite 60 years of use in autoimmune diseases for its anti-inflammatory effects. Hydroxychloroquine was also found to have anti-blood clot effects. And with several viruses, it was shown to inhibit viral entry into cells and viral replication. All of these properties would be effective in treating Covid-19 symptoms.

Another anti-parasitic medication, ivermectin, has 20 possible mechanisms of action against the SARS-CoV-2 virus, including interrupting viral entry into cells and anti-inflammatory action. Significantly, ivermectin is a protease inhibitor, that is, a substance that blocks proteins that allow viruses to reproduce themselves.

Is it a coincidence that Pfizer’s new anti-Covid pill, PF-07321332 is also a protease inhibitor? Notably, Pfizer’s drug would have to be given early after the onset COVID-19 symptoms. This is also the recommendation for hydroxychloroquine and ivermectin — a recommendation that many studies ignored when dismissing the value of these anti-parasitic medications.

Is it a coincidence that Merck, who distributes ivermectin, is seeking fast-track approval for molnupiravir, an antiviral agent to treat COVID-19? How convenient that the U.S. government will purchase $1.2 billion worth of the yet-to-be-approved drug. And how predictable that vaccine maker Moderna’s stock fell 11 percent after the announcement.

Vaccines are yesterday’s cash cow. Is it a coincidence that ivermectin costs no more than $100 dollars per treatment course and molnupirivir costs $700 per 10-day course of treatment?

Is it a coincidence that the pharmaceutical and health products industry, to keep their seat at the table, has spent $171,262,239 ($171.3 million) so far this year in lobbying and that Pfizer and Merck were among the top five clients?

Is it a coincidence that Dr. Fauci, in dismissing hydroxychloroquine and ivermectin, resurrected his same excuses for not using a drug that frontline physicians found effective for AIDS patients? Physicians begged Dr. Fauci to publicize the use of the sulfa drug, Bactrim, as prevention and treatment for PCP (Pneumocystis carinii pneumonia) in AIDS patients.

According to investigative author Sean Strub, “Fauci refused to acknowledge the evidence and … even encouraged people with AIDS to stop taking treatments, like Bactrim, that weren’t specifically approved for use in people with AIDS.” Dr. Fauci told activists there was “no data to suggest PCP prophylaxis was beneficial and that it may, in fact be dangerous.” Thousands of deaths could have been avoided. This sounds chillingly familiar to his position on Covid treatments. Damn the clinical success. I don’t care if the drugs work; I’m waiting for my pet drugs with high price tags!

Is it a coincidence that Dr. Fauci’s personal favorite AIDS drug, AZT (zidovudine), was ramrodded through the FDA? And that it was toxic, didn’t work, and in fact killed people, like his favorite anti-Covid drug, remdesivir?

Remdesivir’s toxic effects were known when it was tested against Ebola virus disease in 2019. By April 2020, it was known that 60 percent of Covid patients given remdesivir had adverse effects, including liver and kidney injury. Worse yet, remdesivir did not improve survival. Indeed, a few months later, the World Health Organization recommended against its use, but Fauci’s National Institutes of Health (NIH) still has it on its treatment protocol at $3,120 per treatment course.

I have a broader question about why diversity of thought is squelched. Tyrants despise free thinkers.

It is not coincidence that President Biden, who wants to exert more federal government control over our lives through vaccine mandates, bought all of Regeneron’s monoclonal antibody treatments that were not in short supply but were being successfully used by “red states.” Biden vowed that “if governors won’t help us beat the pandemic, I’ll use my power as president to get them out of the way.”

Health and Human Services framed the sequestration more kindly: “This system will help maintain equitable distribution, both geographically and temporally, across the country.” Is it a coincidence that “governmental ownership and administration of the means of production and distribution of goods” sounds like socialism?

By Dr. Marilyn Singleton, an anesthesiologist and past president of the Association of American Physicians and Surgeons.

Singleton graduated from Stanford and has an MD from UCSF Medical School. Dr. Singleton completed two years of surgery residency at UCSF, then anesthesia residency at Harvard’s Beth Israel Hospital. While still working in the operating room, she attended UC Berkeley Law School, focusing on constitutional and administrative law. She interned at the National Health Law Project and practiced insurance and health law. She now teaches classes in the recognition of elder abuse and constitutional law for non-lawyers.