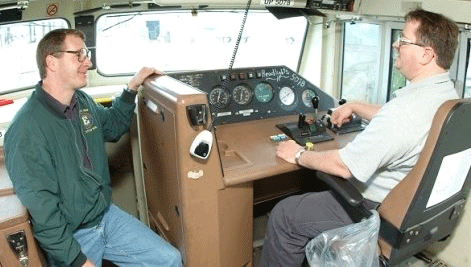 Two of the country’s largest freight railroad unions achieved a favorable decision in the U.S. Ninth Circuit Court of Appeals on Tuesday regarding two-person crews.

The ruling goes against the Federal Railroad Administration’s attempt to preempt legislation passed by several states requiring at least a two-person operating crew on freight trains, a statement by the unions said.

The case was brought by three states — California, Washington and Nevada – and two labor unions:

The suit challenged former FRA Administrator Ron Batory’s attempt to override state laws while at the same time trying to authorize one-person freight train crews nationwide, the unions said. The unions and states argued that Batory’s May 2019 order violated the comment-and-notice requirements of the Administrative Procedures Act and the FRA could not implicitly preempt state safety rules.

The Court of Appeals agreed that the FRA order was arbitrary and capricious, taking particular note that the assertions by rail carriers that a one-person crew could improve safety “did not withstand scrutiny.”

The court chided FRA for basing its negative preemption decision on “an economic rationale” instead of safety.

The court said the order failed to address the safety concerns raised by nearly 1,550 commenters who support two-person crews.

In issuing the ruling, the FRA cited a single study funded by the Association of American Railroads, suggesting one-person crew operations ‘appear as safe’ as two-person crews. That seems a thin reed on which to base a national rule, the court said.

Union leaders were pleased with the ruling and thanked “the more than 1,500 BLET and SMART–TD members who took the time to comment on the need for two-person crews, because you have made a difference.”

In a joint statement, SMART-TD President Jeremy R. Ferguson and BLET President Dennis R. Pierce said the FRA overstepped its bounds, and they look forward to working with the FRA when crew size is again considered on a national level as a matter of safety.

“We assert, and will continue to assert, that having two sets of eyes and two people working in concert, together with any improvements in technology, will be the best way to serve public safety and to continue the effective and efficient movement of our nation’s railroads,” the union presidents said.

In vacating and remanding the FRA order, the court ruling sends the potential rulemaking for freight railroad crew size back to the FRA for more consideration, and also means that two-person crew requirements in the states remains in effect.

Eight states enacted a two-person crew requirement, and it was under consideration by legislatures in more states, including Nebraska, when the FRA issued its order.

A copy of the Ninth Circuit Court of Appeals ruling is available here (PDF).

Top photo: Two men in a locomotive cab, from a petition drive in 2017.