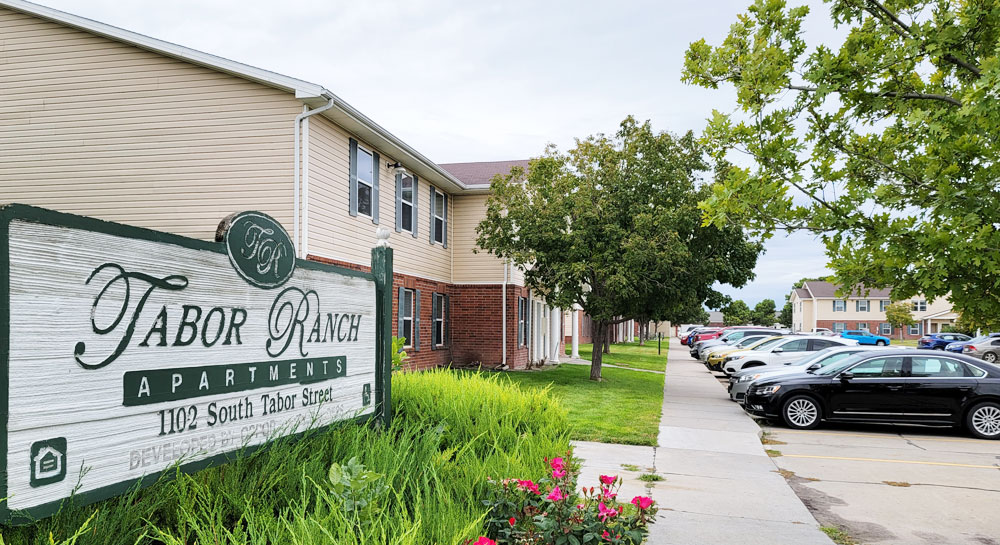 The Lincoln County Commissioners have appealed a decision by the Nebraska Tax Equalization and Review Commission over the valuation of an apartment complex in North Platte.

Lincoln County Assessors Julie Stenger and Charity Farley told the commissioners that they followed the procedures to the letter, as spelled out in state law, when they set the taxable valuation.

The property is a 2.78-acre complex at 1102 S. Tabor, where seven buildings contain 49 residential apartment units, including a manager’s apartment and a clubhouse. The Tabor Ranch apartments were built in 2000.

However, Tabor Ranch owner Kuldip Singh claimed the valuation should have been $1.34 million.

The difference in taxes amounts to about $10,000 over the three years, Stenger told the Bulletin.

The county assessor based the valuation on the income the apartment complex generated.

On the other hand, the owner based his value on what he paid for the property, which came from a third-party appraisal of the value of the property in the real estate market.

In the decision, TERC said that Nebraska law clearly states that the actual value equals “the most probable price that a property will bring between a willing buyer and a willing seller if it is exposed for sale in the open market, or in an arm’s length transaction.”

That definition seems to favor the claim of the apartment complex owner. However, the TERC decision goes on to note that Tabor Ranch apartments is a “rent-restricted housing project,” which is more commonly known as Section 42 housing. In other words, the apartments are subsidized by the federal government. Tenants pay the amount of rent that they can afford, based on their income.

In valuing a rent-restricted property, the assessor must use an income-approach calculation, using the actual income and expense amounts of the project from the prior year, according to state statutes.

Stenger said her office obtained income and expense reports from 2015, 2016 and 2017 from the previous owners. Her appraisers considered the data from those three years to arrive at a $1.5 million valuation for the year 2018.

The property was sold to Singh during 2017. As the new owner, Singh did not respond to the assessor’s requests for an income and expense reports. So, the assessors simply left the $1.5 million valuation the same in 2019 and 2020.

Singh told TERC that he paid $1.34 million for the complex in 2017. The price was based on a third-party appraisal of $1.35 million. He said he was unaware that the property was classified as “rent restricted” until later.

Singh also submitted sales comparisons with similar properties for TERC to consider, and claimed the assessor’s value was not in line with the values of other comparable properties.

TERC found fault with the county’s initial valuation, noting that, in part, it contained three separate calculations using one year’s worth of income and expense information derived from different sources, which resulted in varying valuations of $1,040,800, $1,546,500 and $1,666,200.

TERC also said even though the assessor must use the income-based approach to set the value of rent-restricted property, the valuation must also be 100% of “actual or fair market value.”

TERC noted that Lincoln County did not state that the income-based valuation is the actual or fair market value, only that it followed the procedure spelled out in state statutes.

Also, simply carrying the 2018 value forward was “not done for any other property in the county,” TERC said, so it was arbitrary.

TERC said in determining the actual value, Singh’s appraisals were more persuasive than the county’s.

At the commissioners meeting on Aug. 29, the board heard from Stenger, Farley and Deputy County Attorney Steven King.

After listening, the commissioners expressed the opinion that the TERC decision should be appealed. Lincoln County had 30 days — until Sept. 12 — to do so.

Commissioner Kent Weems noted that the county assessor followed procedure required by state statute. He said it would be irresponsible for the commissioners to accept a TERC decision that seems to disregard the requirement.

The chairman of the commissioners, Chris Bruns, said it is a matter of principle, because the assessor’s office followed the state statute to a “T.”

This report was first published in the Bulletin’s Aug. 31 print edition. It has been updated.