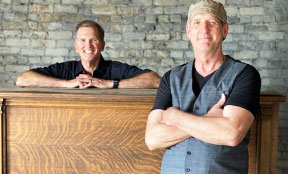 At 7:30 p.m. on Sunday, Sept. 18, the North Platte Concert Association will host the James Taylor tribute concert, How Sweet It Is.

The concert series opens its 2022-23 season with the show.

He received a Grammy for the title cut to Ricky Skagg’s 2004 Best Bluegrass album of the year, “Brand New Strings.”

The Concert Association will present four concerts in the 2022-23 season. In addition to the tribute to James Taylor, these concerts are scheduled:

Members of the North Platte Concert Association can also attend concerts in Cozad, McCook, Kearney and Grand Island for a fee that is generally $5 per concert.

As a recording and performing artist, Steve has released three independent projects on digital platforms and CDs. He holds a bachelor’s of music degree in guitar/jazz studies from Morehead State University.

From 2011-14, Steve was adjunct professor of songwriting at Belmont University in Nashville, Tenn.