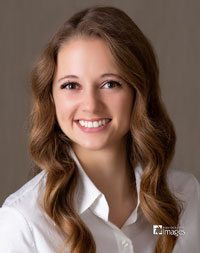 That’s how Antonia Villani feels about ending up back in North Platte – possibly indefinitely.

“If you had asked me four years ago where I pictured myself four years into the future – it would not be right here,” Villani said. “That just goes to show that even though we have plans and timelines, things might not happen exactly how or when we want them to. That’s okay. We still have to continue to strive toward those goals and dreams because they will happen eventually.”

She is the first person in NPCC history to have the role twice.

“I am just honored and grateful to be able to pass along anything that I have learned in the last four years to my peers and hopefully provide at least a little bit of encouragement and hope when they face trying times,” said Villani.

The Frederick, Colo. native was initially recruited to play softball at NPCC in 2015. When a back injury cut her dreams of becoming a college athlete short, she stepped in as the student assistant coach for Knights softball.

Villani also used the setback as an opportunity to throw herself into numerous college organizations. She was a member of the Phi Theta Kappa Honor Society, served as student senate president and was a student representative for the college’s board of governors.

Villani drew on those experiences to talk about overcoming adversity in her first student commencement speech. She plans to add to that topic during this year’s presentation, while also examining how life took her full circle.

“I really want to emphasize the importance of not giving up,” Villani said. “If I would have given up, I wouldn’t be standing here today on the brink of becoming a registered nurse. We can do anything we set our minds and hearts to.”

That’s not an easy attitude to have when faced with a challenging situation. Villani knows. She’s been there.

After earning an Associate of Science degree in general studies from NPCC in May 2017, Villani transferred to the University of Northern Colorado, in Greeley, Colo., in pursuit of a degree in nursing.

“I started out taking my prerequisites there, but when it came time to apply, I was one of 500 applicants,” Villani said. “Only 72 were accepted into the nursing program. My 3.8 GPA wasn’t good enough, so I didn’t make the cut.”

Frustrated but undeterred, Villani applied at two community colleges closer to her hometown.

“They both offered dual enrollment courses with UNC, so if accepted, I would have been able to start at either one in the spring of 2019,” Villani said. “Unfortunately, I was told to look somewhere less competitive. Once again, I wasn’t good enough for somebody else. It was world-shattering to get rejected three times.”

Her boyfriend, MPCC Rodeo Team Coach Aukai Kaai, was the one who suggested moving back to North Platte.

“I thought he was crazy,” Villani said. “We had just left North Platte, and I’m such a homebody. I’m super close to my family and thought I would live in Fredrick forever. From the time my grandparents arrived there from Italy, no one has ever moved out for good.”

Still, she thought it couldn’t hurt to give NPCC a shot. After all, the college had served her well the first time around. Villani applied for the nursing program and was accepted right away.

“If I wouldn’t have gotten in, I probably would have given up,” Villani said. “As it worked out, I was able to start classes in the fall of 2019. I’m proof that no matter how defeated you feel, you have to keep trying.”

Villani knew as soon as she stepped foot back on NPCC’s campus that she had made the right decision.

“It felt like coming home,” Villani said. “I knew when I left that I was going to miss the people and that chapter of my life, but I never thought that by coming back I would have the amazing life that I’ve built here. I don’t know if any other nursing school would have made me feel so safe away from family, and it’s all because we, as students, have so many people to support us. Nursing school is no easy task, you have to be all in and committed. NPCC’s faculty and staff, and my fellow students, are the reason I was able to stick it out.”

Villani already had friends at the college from the first time around, but that’s not what her goal was when she returned.

“I told Aukai that I wasn’t here to make friends,” Villani said. “I was just going to focus on my nursing classes and get done. Obviously, that’s not what happened. I was immediately embraced by my old friends and made some incredible new ones, and I’m so glad I did.”

Villani will graduate from NPCC with her Associate Degree of Nursing. She then plans to begin an online program in August to obtain a bachelor’s degree from the University of Nebraska Medical Center.

“After six years of college, what’s one more?” Villani said. “A bachelor’s degree would allow me to eventually be a charge nurse and take on more leadership roles. Eventually, I would like to pursue a master’s degree in education so that I can maybe help future nurses or become a nurse practitioner. I definitely see more education in my future.”

Until then, however, Villani has accepted a position in the critical care unit at Great Plains Health in North Platte. As a nursing student, she did clinicals at the hospital. Now, there’s the potential for roles to be flipped – with Villani providing guidance and insight to new nursing students coming in.

“I will always sing the praises of North Platte Community College,” Villani said. “I’m so grateful for NPCC and all it has offered me. I definitely would not be where I am today without this school and community. This has been the best experience of my life.”

Villani will deliver her commencement speech at 3 p.m. May 7 in the McDonald-Belton Gymnasium. The ceremony is open to the public.

Guests will be required to wear masks and adhere to current social distancing protocols.