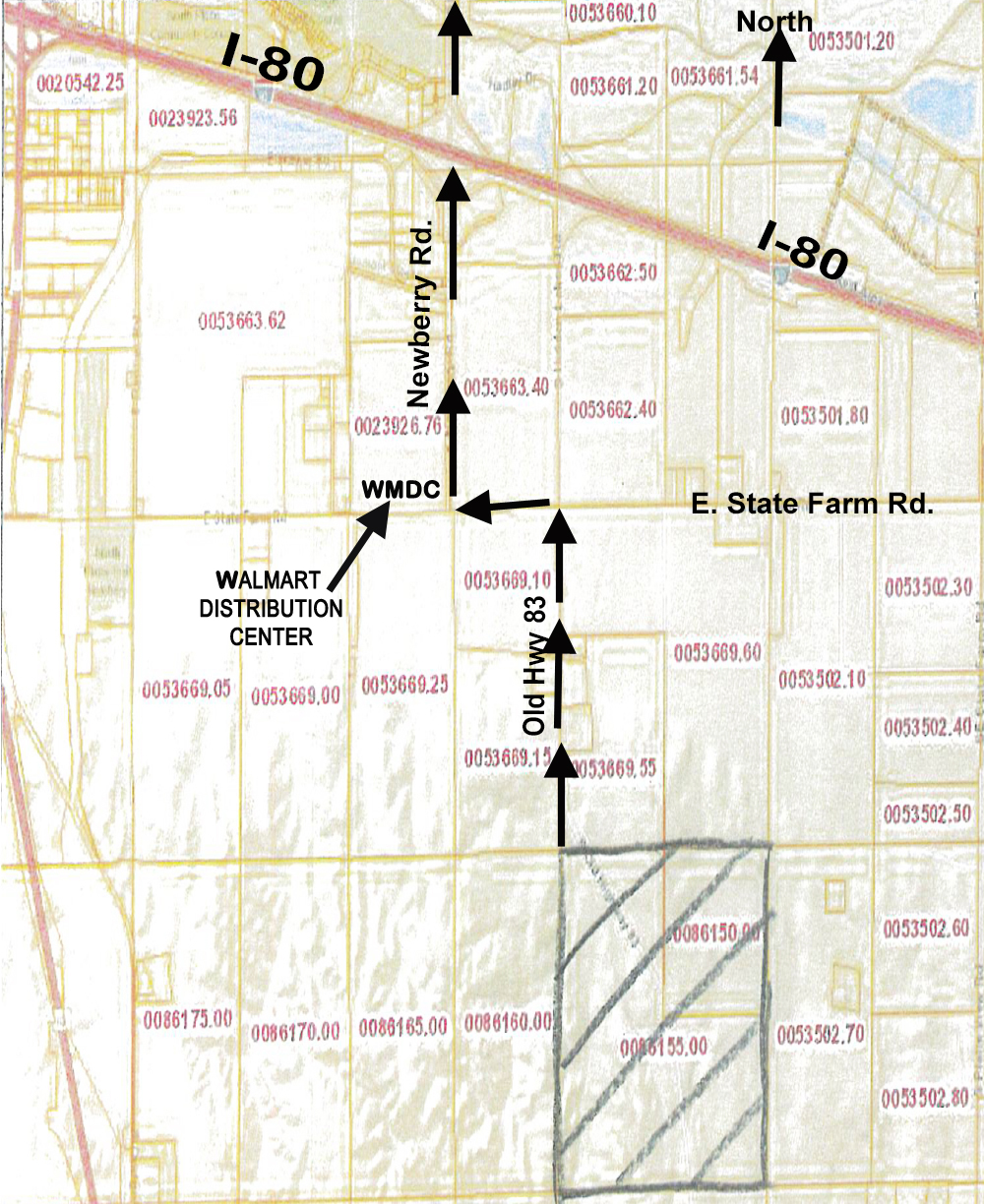 It took a couple hours on Monday, but the Lincoln County commissioners approved two places on the outskirts of North Platte where dirt can be excavated and hauled to the construction site of the Sustainable Beef packing plant.

Hundreds of truckloads per day are expected to be hauled to the site of the beef packing plant.

On Tuesday night, the city council followed suit, approving the permit for the site that is within the city’s two-mile zoning jurisdiction, in the hills southeast of the city, along Old Highway 83.

The other site is near the northeast corner of the city, at the intersection of Hall School Road and Rolling Hills Road.

Both places are currently pastureland.

If all goes well, the dirt moving operation will begin in a matter of days, Commissioner Chairman Chris Bruns said Tuesday on KODY radio’s Mugs in the Morning program.

The dirt and sand will fill what was once a wastewater settling pond and become the base of what will become an independent, 1,500 head-a-day packing plant at the corner of Newberry and Golden Road.

The distance from each of the borrow pits to the construction site is less than five miles.

Traffic control signs will be installed alerting motorists of the heavy truck traffic.

From 20-25 semi-trucks with side dump trailers will haul as many loads as possible each day, according to the permit application. They will work Monday-Friday unless weather dictates otherwise.

The commissioners noted that many trucks and loads of soil would no doubt take a toll on the roads, especially State Farm Road near the south site, from which most of fill dirt will come. And, they said zoning ordinances spell out the responsibility of the landowners for extra maintenance and repairs that would be required to keep the road in good condition.

The commissioners wanted to be sure that the landowners, Gary Stearns and Robert Long, were aware of that responsibility.

Stearns and Long did not like the sound of it. They said strongly that they would not pay for a new road. After considerable discussion, the commissioners said in all likelihood, the county, the contractor and the landowner would work together to keep the roads in good condition.

A representative of the contractor, Van Kirk Brothers of Sutton, said the fill dirt and the roads will be watered to keep dust down and the company wants to keep the roads in good condition, so the job goes as quickly as possible.

The south “strip mining” site consists of about 23 acres along Old Hwy 83, and on the north, about five acres at Hall School and Rolling Hills Roads, according to statements at the meeting.

According to the Van Kirk Brothers website, the company employs about 100 people on 15 crews and owns 129 units of heavy equipment, with 100 trucks.

During the discussion, Commissioner Kent Weems said he wants everyone to know from the outset that the county is not solely responsible for the upkeep of the roads that will be used.

Weems said the county faced a similar situation in the construction of the Cattle Growers feed yard in northern Lincoln County, and is “not going to repeat that fiasco.”

Weems said too much county time and equipment has been devoted to repairing, maintaining and fortifying the sandy roads to the feed yard.