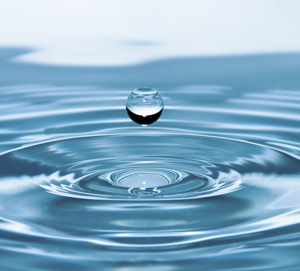 City will chlorinate some water wells

Beginning Nov. 9, the North Platte water department has chlorinated the water coming out of three wells on the north side of town to meet a 30-day requirement from state and federal agencies.

The procedure is required because city water samples in September and October tested positive for coliform bacteria. Coliform is not harmful or hazardous. It naturally occurs in water, air and soil, Kramer said. However, it is a precursor that indicates harmful bacteria could develop.

Although the chlorination will be focused on the north side, at 3 wells out of the 14 that pump water for the city, some chlorine may be noticeable in other parts of town because the city wells are interconnected, Kramer said.

No other forms of bacteria have ever been identified in the city water, according to twice-a-month samples and tests.

Kramer said it may take several days to raise the chlorine level to the required amount in the water system. Once that level is reached and coliform levels drop for 30 days, the requirement will be lifted.

“We’re hoping that will take care of it,” he said.

However, If the amount of chlorine happens to fall below .2 mg/L during the 30 days, the 30-day monitoring period will start over.

Kramer said coliform has been detected in the city water off and on for 30 years or more, usually during the warm summer months. He said the source is all-but-impossible to identify because coliform naturally occurs. The water in the city’s north side is most likely to test positive for coliform, because less water is used there than on the south side. Also, north side water main lines are shallower.

Kramer also said the EPA threshold for coliform has become stricter over time as the federal bureaucracy grows, making the chlorine requirement difficult to avoid throughout the entire year.