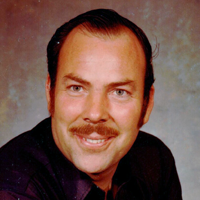 He was born on April 8, 1938 to Melvin and Irene (Clouse) Hiatt in Bartley at the family home. His mother passed away shortly after childbirth. His grandmother adopted and raised him and his twin sister, Carolyn.

The family operated a blacksmith shop in Bartley, and that’s where he loved to be, watching and helping his uncles build and fix things for local farmers.

Carrol attended Bartley grade school and then went to St. John’s Military School in Salina, Kan. He enjoyed playing basketball there and he was also sent to Fort Riley to be a sharpshooter.

At a dance, he met the love of his life, Joan Johnston. They got married on July 14, 1957, and called North Platte home. Always mechanically inclined, he started Carrol’s Repair as a side business in a one car, railroad-tie-built garage that still stands today.

In 1958, he started at Western Motors Oldsmobile-Cadillac dealership here in North Platte. He loved working there, knew those cars inside out, and was a member of the prestigious Oldsmobile Cadillac Service Guild. There he learned paint and bodywork, and helped run their Diamond T tow truck.

In 1972, the North Platte JC Penney Auto Center opened up at the mall and he worked there until 1980, hiring on at the Union Pacific Railroad from which he retired, but still always running Carrol’s Repair and Used Cars.

He always looked forward to the yearly Nebraskaland Days Antique Car Parade, for which his 1930 Chevrolet roadster pickup was a staple in these parades ever since Nebraskaland Days came to North Platte in 1968.

Carrol loved the Bible, especially the promises that Revelation 21:1-4 foretells for the future, so in 2016 he became a baptized member as one of Jehovah’s Witnesses. He truly loved people, his congregation, and his loyal customers over the many years as a business owner. He will be missed by family, friends, and all of his four-legged family.

Special thanks to Centennial Park for caring so well for him the short time he was there.

Cremation was chosen and a virtual memorial service will be held via zoom at 1 p.m. with a picture/video presentation beginning at 12:45 p.m., Saturday, April 3; for more information on how to join, contact Matt Hiatt or Carpenter Memorial Chapel. Also, you are able to listen by telephone using KH conference- 308-221-3002, pin # 246473.

Memorial book signing will be from 9 a.m.-5 p.m. on Monday, March 29-Friday, April 2. Carpenter Memorial Chapel is entrusted with arrangements.

In lieu of flowers, please donate to the worldwide work of Jehovah’s Witnesses, Pawsitive Partners in North Platte, or donor’s choice. Online condolences and sharing of memories may be directed to carpentermemorial.com.