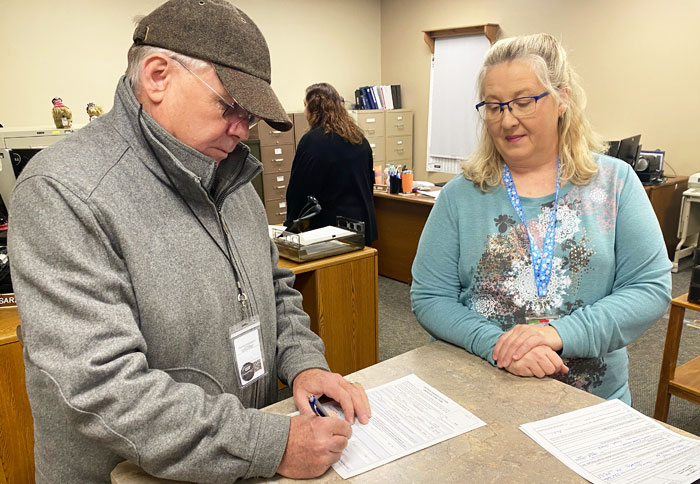 As of Jan. 3, candidates can file for office rather than announce their intentions and during the first week, a dozen people signed up to run in Lincoln County.

Incumbent candidates have until Feb. 15 to run again. Challengers have an extra two weeks, until March 1.

Three of the first filings are for a seat on the North Platte school board – where candidates have been in relatively short supply in the past.

Two people – Marcy Hunter and Cynthia O’Conner – are seeking the Ward I seat on the school board, where Ivan Mitchell is expected to step aside in order to take the helm as CEO of Great Plains Health hospital.

Also, Emily Garrick is challenging for the Ward 3 seat on the North Platte school board. Mark Nicholson, the incumbent, has not yet filed.

Lucas told the Bulletin he was somewhat on the fence about re-running to devote more time and energy to his family and his job at NebraskaLand Bank. However, he also said it took him the first two years to get well-acquainted with the position and there are several important things in the works in North Platte to which he wants to contribute, including more housing development to accommodate the growth that is on the horizon.

Incumbent Jo Ann Lundgreen filed to keep her seat on the North Platte school board in Ward 2. Lundgreen is the vice president of the board.

In the broader area, Chris Bruns filed for state legislature at the Nebraska Secretary of State’s office. He aims to represent District 42, which has been expanded since the recent census to include Hooker, Thomas, McPherson and Logan counties as well as part of Perkins County. Formerly, Dist. 42 was just Lincoln County.

Bruns is a Marine Corps veteran, rancher, and Lincoln County commissioner. He filed to run on Friday in Lincoln, joined by his wife, Ashley. He said he’s looked forward to it for months.