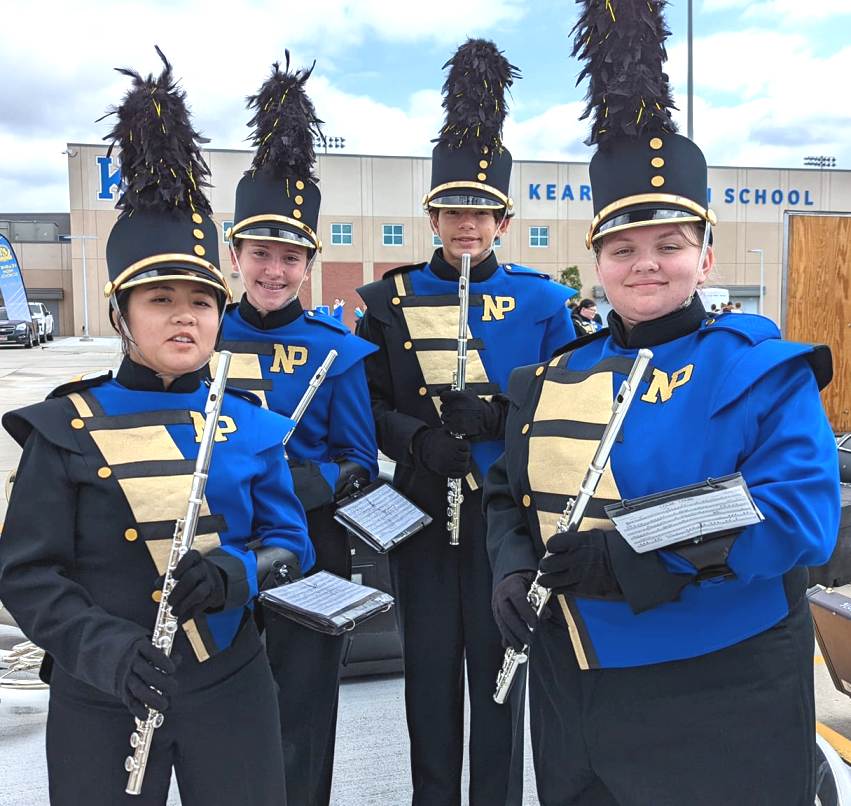 The flute section of the NPHS marching band

The North Platte High School band took second Saturday in the AA division of the annual band day at the University of Nebraska.

North Platte finished second to Kearney High and ahead of Columbus among the top AA finishers in the 63rd annual UNK Band Day.

Twenty-eight middle and high school marching bands participated in Saturday’s parade in downtown Kearney. A staple of the fall marching season, UNK Band Day showcases high school bands from across Nebraska in preparation for the Oct. 1 Harvest of Harmony Parade and Field Competition in Grand Island.

Kearney High won the sweepstakes trophy awarded to the best overall band for the sixth straight year. In addition to first place in the Class AA division, they received trophies for outstanding drum line and color guard.

Other first-place honors went to Holdrege in Class B, Grand Island Central Catholic in Class C, Kenesaw in Class D and the Kearney eighth grade band in the middle school division.