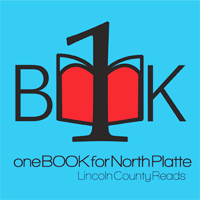 Island of Sea Women by Lisa See has been selected as the 1 Book 4 North Platte for 2021.

This historical novel will introduce readers to the unique culture of “haenyeo,” — women divers who use no breathing equipment as they harvest the seaweed, shellfish, anemone, octopus,  and other sea creatures in the water that surrounds Jeju, a strategically located Korean Island.

Chairwoman Sherry Polk said the 1 Book 4 North Platte committee chose Island of Sea Women because it takes us to an exotic island and introduces us to strong and resilient women. It also deals with universal themes such as family relationships, gender  roles, friendship, courage, coping with tragedy,  surviving tyranny, and forgiveness.

Polk added that readers can escape the stress and sadness of the pandemic through books that allow us go to different times and places and share the experiences of people whose lives are much different from ours.

The novel follows the lives of two very close friends — both of whom become “haenyeo”  as young girls. Although the girls come from totally different backgrounds, their friendship continues as they reach adulthood, marry, and have children.

Like other inhabitants of the island, they endure repressive occupation by the Japanese in the 1930s, the turmoil of World War II in the 1940s, and cruel oppression by the South Korean dictatorship in the 1940s and 1950s.

Unfortunately, the bond between the two friends is broken by a tragic event that is beyond their control.

As haenyeo, women develop incredible strength, agility, and courage.  Before diving,  they breathe deeply and dive as deep as 30 meters and hold their breath for about three minutes.

During a workday, they will dive many times. In Jeju, the women divers are the breadwinners for their families, and their husbands stay home and care for the children.

In the past, the girls and women wore only lightweight cotton suits for diving, but now they use scuba diving suits. Unfortunately, very few young women want to become divers. Consequently, many of the divers are in their 60s, 70s or 80s.

According to a review in the Los Angeles Times, Lisa See became interested in the haenyeo culture when she saw an article about them in a doctor’s office.  To learn about  the history and culture of Jeju and its amazing women divers, she spent about 10 years doing research.

She traveled to Korea and Jeju, where she interviewed many women divers as well as some men who had lived through very difficult times. The characters in the novel are fictional but they are based on people whom See interviewed.

See, who is Chinese-American, is the author of several best-selling books about Chinese history and culture, family relationships and women’s friendships.

See grew up in Los Angeles and lived with her mother but spent much time with her father’s people in China Town.  Her first book, On Gold Mountain: The One Hundred Year Odyssey of My Chinese-American Family (1995), was a national best seller and a New York Times Notable Book.

Island of Sea Women was the selection for One Book One Maryland in 2020.

According to the Los Angeles Times article, See noticed that Island of Sea Women was viewed differently as the pandemic dominated American life.  When the book was first published in 2019, people asked about the divers’ strength and endurance, but more recently, readers have focused on the divers’ psychological resilience and courage that enabled them to survive the cruelty, deprivation and oppression that took place in Jeju in the 30s, 40s, and 50s.

Jeju, which is located in the Korean Strait, south of the mainland, is now a tourist destination. Its beautiful beaches, dormant volcanos, lava tubes, and spectacular scenery attract more than 15 million visitors a year.