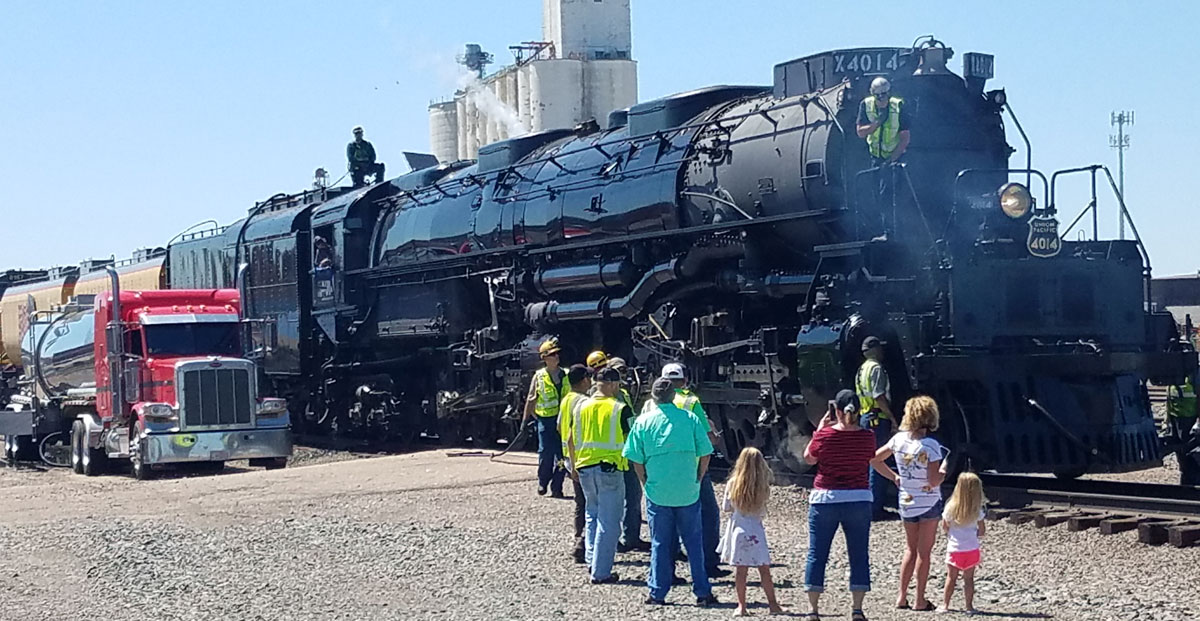 The Big Boy during a North Platte stop in 2019.

The world’s largest steam locomotive – the 80-year-old marvel – is coming to North Platte.

The Big Boy locomotive will stop in the city as it heads out from Cheyenne, Wyo. on a journey across 10 states.

It will be on display on the siding track just north of downtown from 8 a.m.-5 p.m. on Saturday, Aug. 7, as part of the annual Rail Days celebration.

Twenty-five Big Boys were built for Union Pacific during World War II to pull freight over the mountainous terrain between Cheyenne, Wyo. and Ogden, Utah.

Of the eight giant locomotives that still exist, No. 4014 is the only one that operates. Its restoration took more than two-and-a-half years and was finished in 2019.

For the full route of its upcoming tour, click HERE.

Parker said Rail Days will begin on Friday Aug. 6 and end Sunday, Aug. 8. There will be games and activities at Cody Park, a model train show at the D&N Event Center, a sweet corn feed at the Lincoln County Historical Museum, and a kid’s fest at the Golden Spike Tower, with live entertainment by the String Beans and fun jumpz.

Bus tours of Bailey Yard are scheduled on Friday and Saturday. There will be a Taste of Nebraska gathering Saturday evening at the Spike tower with wine and beer. On Sunday, the 1939 movie Union Pacific will be shown at the Fox Theater and an ice cream social will be held for retirees at Cody Park.

On Sunday, a Canteen cook-off will be held downtown on Dewey St. from 4-7 p.m.