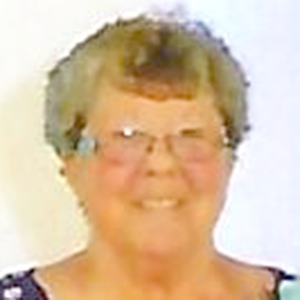 Barbara grew up in North Platte. She married Gary A. Matthews in Stockville and to this union four children were born, Tom, Polly, Gary “Bo”, and Art. They lived in various places and lived in Germany where Gary was stationed. They eventually settled in North Platte.

Barbara was a waitress at the Skelly Inn and later worked at the visitor’s center at Cody Park. She enjoyed cooking and camping.  She was a very good mother and grandmother to her family.

She was preceded in death by her parents; son, Art; daughter, Michelle.

Graveside services will be held 1 p.m., Monday, Nov. 30 at Floral Lawns Memorial Gardens with Pastor Jeremy Rinke officiating. Those wishing to sign the book may do so noon-6 p.m., Saturday, Nov. 21 at Adams & Swanson Funeral Home, which is in charge of arrangements. The service will be livestreamed on Adams & Swanson Facebook page for those not able to attend.

Memorials are suggested to Callahan Cancer Center. Online condolences may be shared at adamsswanson.com.