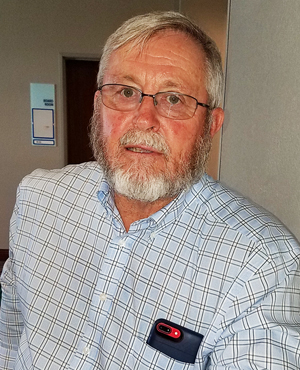 Erdman at the Legislature: Divisive campaign for governor

Now that the election is over, Republican party leaders are especially facing the very difficult task of trying to unify the party before the general election comes later this fall. This will be a difficult task considering the kinds of campaign tactics that were employed, some of the statements that were made, and the nature of the allegations that were lodged against Jim Pillen’s opponents.

In order for true and genuine reunification to occur, some of the campaign tactics that were employed in this year’s race will need to be honestly addressed and dealt with. For instance, Gov. Ricketts funneled $1.13 million through an organization called Conservative Nebraska in order to fund attack adds against gubernatorial candidates Brett Lindstrom and Charles W. Herbster.

How can the sitting governor, who funded attack adds against fellow Republicans, now issue a call for party unity?

Besides placing campaign signs directly over Herbster’s signs, Jim Pillen, Pete Ricketts, and campaign manager Jessica Flanagan closely followed the Biden campaign playbook. That playbook begins by accusing your opponent of not paying his taxes, then making a campaign ad suggesting that your opponent cannot make good gubernatorial decisions unless he has children.

Then, shortly before the election, you recruit someone to make accusations of sexual impropriety, then you follow that up with an ad suggesting that your opponent must be a pedophile because he judged beauty contests.

That’s only the beginning. Next, you hide your candidate in the basement and keep him away from public debates, so that the voting public won’t know about his past voting record as a NU Regent, or where he stands on important issues, or what kinds of policy decisions he would make, or what his priorities would be as governor. After watching him perform at his first debate, I understand why the decision was made to pull him from all future debates.

Finally, you encourage Herbster’s former running mate, Theresa Thibodeau, to place her name on the ballot in order to take votes away from Herbster.  Then, one week before the election you send six mailers a day to every registered Republican in the state reiterating all of the accusations you’ve made against the opponent. Then on election day you have your candidate come out of the basement, vote, and attend his victory party. That is the Biden strategy, and it worked like a charm.

In 1966 California gubernatorial candidate, Ronald Reagan, codified what has become known as the Eleventh Commandment.  The Eleventh commandment says: “Thou shalt not speak ill of any fellow Republican.”  Team Pillen forgot about this rule; instead, statements were made by party leaders that run completely counter to the kind of party unity they now seek.

Had Herbster won the primary election, I believe Ricketts would have circulated a petition to put the name of an independent candidate of his own choosing on the general election ballot, and I have a very good idea about who that person would have been. The swamp runs very deep in Lincoln, and Ricketts knows that Herbster would have drained it.

In 2016 Gov. Ricketts endorsed my opponent in the legislative race for the 47th district seat. For that, I am glad. I attended Herbster’s watch party last Tuesday evening.  When he addressed his audience and announced that had called Jim Pillen to congratulate him on his victory, he encouraged his supporters to continue working to make Nebrasksa great again. Instead of making excuses about his opponent going negative, he took the high ground and conceded his loss with grace, dignity and style. Those are the kind of characteristics I want in our next governor.

I am proud of the way Charles W. Herbster ended his campaign. He attended that unification meeting the day after the election, even though he was not invited to speak. Even then, he refused to go negative, and for that I am doubly proud to have endorsed him for governor.