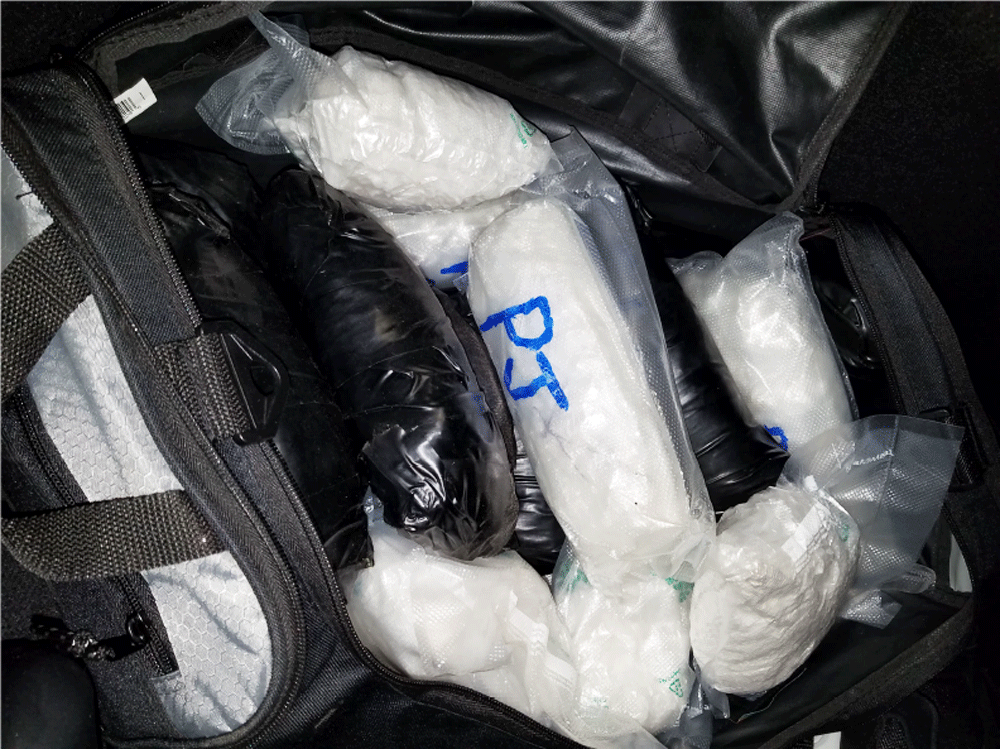 State troopers arrested a California man Friday and seized more than 25 pounds of methamphetamine in a traffic stop in Dawson County.

Nebraska State Patrol spokesman Cody Thomas said at 6:15 p.m., Friday, a trooper saw a Hyundai Azera fail to stop at a stop sign after pulling off I-80 at the Overton interchange.

During the traffic stop, the trooper became suspicious of criminal activity and searched the vehicle.  The search turned up a duffel bag in the trunk containing 26 packages, 25 of which contained a total of 26 pounds of meth. The other package contained .3 pounds of pills that were suspected fentanyl.

Padilla-Garcia was taken to the Dawson County jail.

Meth seizures jumped 68% in 2020 compared to 2019, while marijuana seizures increased by more than six times.

Last year, agents from the Omaha Division of the Drug Enforcement Administration seized 421 pounds of meth and 4,644 pounds of marijuana. Combined, the drugs have a street value of approximately $13.3 million, DEA spokeswoman Emily Murray said.

Cocaine was the third-most seized drug in Nebraska, although numbers dropped slightly from 2019 to 2020, Murray said.

Meth has flooded the nation, Murray said, most if it from Mexico, and there are abundant users of it.

Super labs in Mexico may create 1,000-pound batches, with a purity and potency around 99%.

In 2020, the single largest meth seizure in the Omaha division was 39 pounds, which was about six pounds more than the largest seizure in 2019, of 32-plus pounds.

Fentanyl is as much as 100 times more potent than morphine. A lethal dose of fentanyl is two milligrams, or the equivalent of a few grains of salt.

“We’ve seen a jump in fentanyl and counterfeit pills across our five-state division,” King said. “We want to make people aware of the fact that pills purchased off the street should be considered incredibly dangerous and potentially lethal. The makers of counterfeit pills are not careful or precise in their measurements. One pill may have 1 milligram of fentanyl, while another from the same batch may have 3 milligrams, or enough to kill a person. The only prescription medication people should be taking is one that comes directly from a pharmacy or licensed physician.”